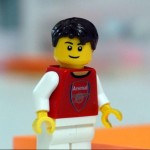 We do our best not to use technical terms or jargon when communicating with clients and their stakeholders. That said, we do use the terms alpha, beta and official release. These terms are extremely useful because they help everyone understand where we are with a project and what they should expect to see at that stage of technical development.

An alpha release usually means a website or application is working but some functionality is likely to be missing and a number of known and unknown bugs are likely to surface.

The main purpose of an alpha release is to allow users to test a website or application so that they can pass on feedback to the technical team in terms of:

This feedback is generally logged using bug tracking software such as Trac, Redmine or OpenAtrium.

Generally, each issue is assigned a type (e.g. bug or enhancement), owner, priority and severity. This means the technical team can work through the bugs and enhancements in a logical manner.

A beta release usually means that a website or application has had all of the major known issues fixed but has not been tested enough for an official release.

The main purpose of a beta release is to provide a fully functioning demo of a website or application. This second-round of feedback means the technical team can:

Even though the differences between these terms may seem minor this three-step approach is integral to ensuring a stable release which works as intended.

For example, Gmail’s alpha release was only accessible to Google staff as an internal product. A public invitation-only beta release was rolled out in April 2004, before it was made available (as a beta) to the general public in February 2007.

Despite Google’s resources Gmail wasn’t upgraded from beta status to an official release until July 2009!

One of the worst things a website or application can do is attract users before the software is truly ready for them to use.

Mainstream users can be unforgiving and a reputation for instability or poor quality of service is incredibly difficult to shake.

It’s always preferable for a website or application to be more stable and offer a better quality of service than a user expects.

By taking a conservative approach to releasing (whether it be an alpha, beta or official release) you will ensure that you do not disappoint those that really matter – the end-users of your website or application.

Previous: Our content management framework has arrived
Next: What’s getting tacked on to your web development brief?

Blockchain Technology - The Digitisation of Value